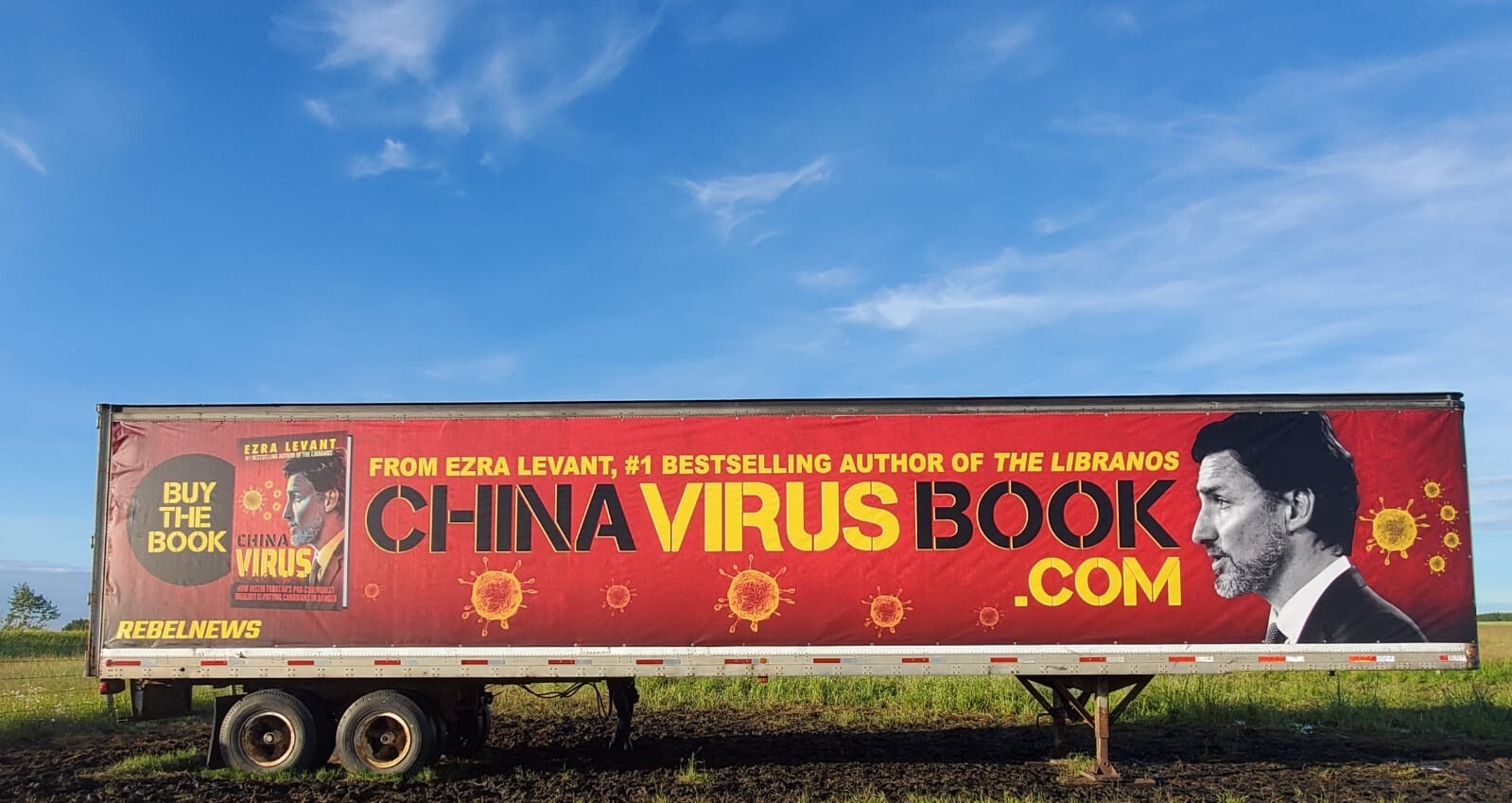 UPDATE: Our billboard has been hit by pro-communist vandalism

It looks like pro-China activists have tried to censor Ezra Levant's new book, China Virus, one more time. This time the censorship came through an act of vandalism.

A person or persons spray-painted graffiti calling us “racist” all over our expensive billboard. The vandalism is so audacious, given how visible the billboard is, and the trespassing someone would have to do onto private property just to damage it.

The commies didn't stop our Sherwood Park book launch with bribes and threats, and they're definitely not going to stop us now with a little spray paint.

But that damage to our billboard costs about $1,500, on top of the monthly fee to keep the billboard up.

However, it's important to be undeterred, unintimidated and to boldly spread the message that Justin Trudeau's pro-communist ideology is putting Canadians in danger.

If you'd like to help cover the cost to replace the billboard and to keep it up, and to fight the tentacles of pro-communist censorship happening right here in Alberta's heartland, please do so and make a donation.

The vandals might come back, but with your support, our sign will be back too. We can't let the evil commies win this.

Take a look at the invoice: 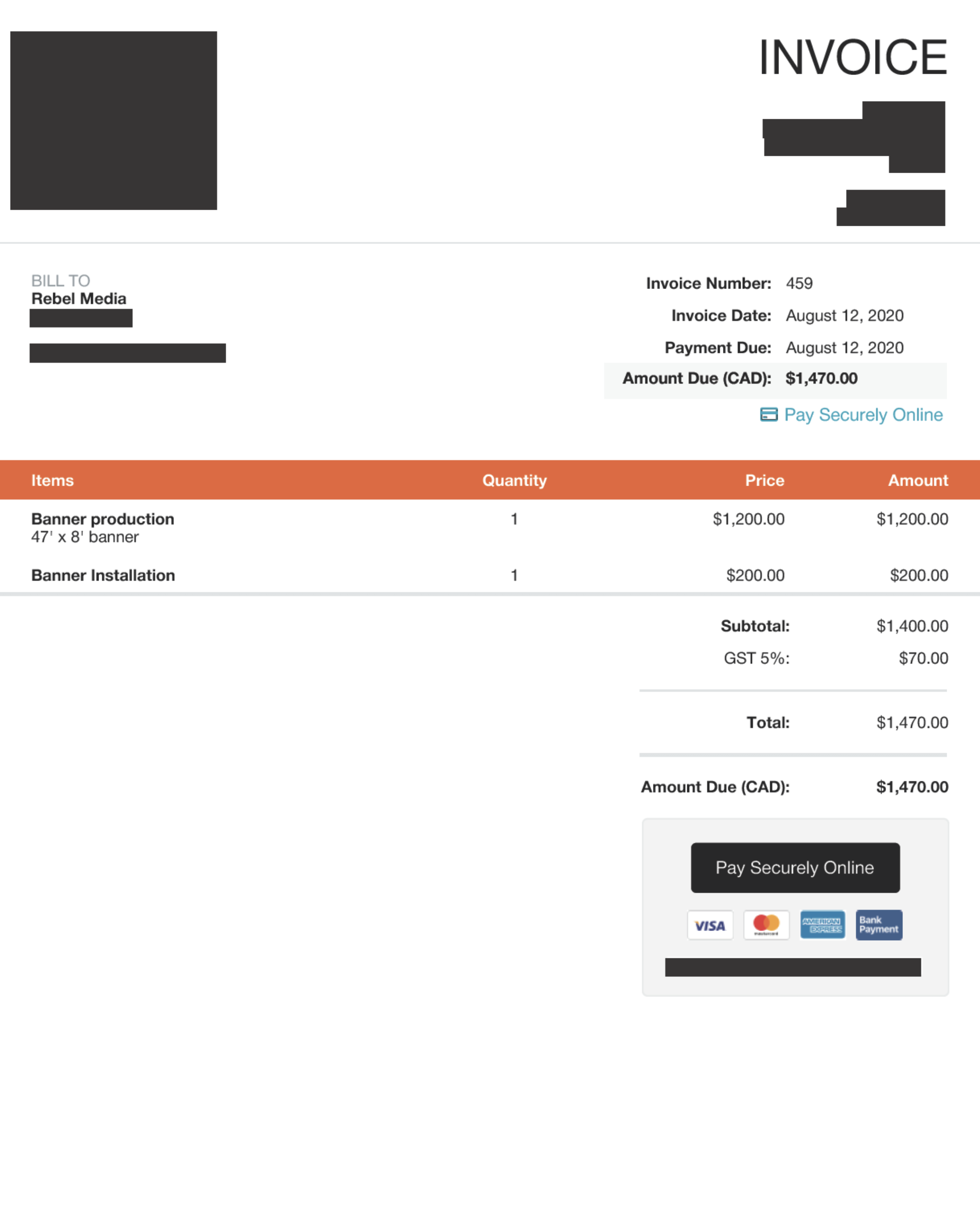 Canadians need to know that Justin Trudeau's pro-Communist ideology is putting the whole country at risk.

So we put up a huge billboard in Alberta to help spread the word about Ezra Levant's latest book China Virus.

With your help, we're hoping to put them up all across Canada!

Can you help us expose Trudeau's globalist agenda by helping to cover the advertising costs?

Canadians can donate through e-transfer by emailing donat[email protected].

And you can donate by cheque by making it out to Rebel News and mailing the cheque to: